Four hours drive east of Reykjavík, the Fjallabak nature reserve is home to no one, but lies deep in the hearts of many. Here in the hills of Iceland, the seasonal transients arrive in June, helping prepare the simple accommodation to welcome summer hikers. Katie Featherstome describes a season at Hrafntinnusker, a remote mountain hut on the hiking trail known as the Laugavegur.

Many visitors to Iceland head out from the capital following Highway 1 around the south coast. They gaze north into the hills, possibly never quite appreciating the full extent of the Icelandic wilderness. Katie Featherstone, a first-time contributor to hidden europe, has spent four summers working in a simple mountain hut in the Fjallabak nature reserve — one of those primal landscapes which are central to Icelanders’ understanding of themselves and their place in the world.

I busy myself making coffee, as the volunteers of the search and rescue team pile into the lobby of the warden’s hut. This is Hrafntinnusker, a remote mountain hut on the Laugavegur Trail in Iceland’s hill country.

The volunteers pass the shoehorn around as they tug off their boots, and they peel themselves out of the top layer of their uniform — blue and red, the colours of the Icelandic flag, and well designed to protect them in a blizzard. I catch scraps of their conversation, discussing the conditions on the route. Wet snow around the back of the mountain had made it slow going, even for their monstrous super-jeeps.

Each week of the summer, a different search and rescue team positions itself twelve kilometres away at Landmannalaugar, a spot which in highseason can even be reached on a direct bus from Reykjavík. The rescue volunteers spend that week on call, ready with their big jeeps, their radios and other kit to respond to the numerous, inevitable misfortunes of the season.

As mountain hut wardens, we rely on these dedicated volunteers to find missing hikers, and to come to assist us when the hut’s first-aid kit isn’t sufficient to help someone on their way. On this particular occasion, the visiting squad from Landmannalaugar have come up to Hrafntinnusker just for fun or, as it will be recorded in their official log: “a reconnaissance mission to test out the route.”

I ask Eyþór, a volunteer in his early twenties who’s currently donning a thick, hand-knitted lopapeysa, why he chooses to spend his holidays working here with the search and rescue teams.

“Big cars,” he half jokes. Then, after a pause, he adds with genuine sincerity: “It’s interesting to work with people with different experiences and from varied fields of work, to see how we can combine our strengths to reach a common goal.” 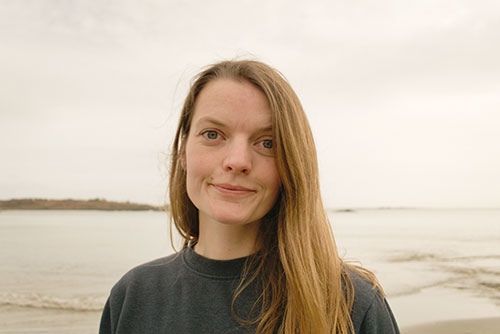 Katie Featherstone is a seasonal migrant, summering at Fjallabak and spending the rest of the year at her home on the Scottish island of Islay. Her writing focuses on slow, sustainable travel and enjoying the outdoors.

Katie is author of the Bradt Guide to the Inner Hebrides, and writes for magazines and newspapers including hidden europe, TGO Magazine, The Guardian, and The Independent. Find out more about her work at www.featherytravels.com, or on social media via Twitter, Instagram or Facebook.

The North begins inside

"There is not much to be said for Reykjavik." That, at least, was the opinion of WH Auden when he arrived in Iceland in June 1936. A few weeks later, Irish poet Louis MacNeice joined Auden and the two men took to the hills of Iceland's wild ...
Read More →
Related article

Steaming through the Harz Mountains

The Harz Mountains lie astride the erstwhile border between East Germany and West Germany. The forested hills of the Harz preside over the North European Plain. The eastern portion of the Harz benefits from a legacy of East Germany: a wonderful ...
Read More →
Related article

Ukrainians on the move

Not far from Lockerbie, in the hills of southern Scotland, a corrugated iron hut was converted into a simple chapel in summer 1947. It is a remote, rural outpost of Ukraine's Greek Catholic ...
Read More →
Log In